EU-warning: rail freight still not on the right track 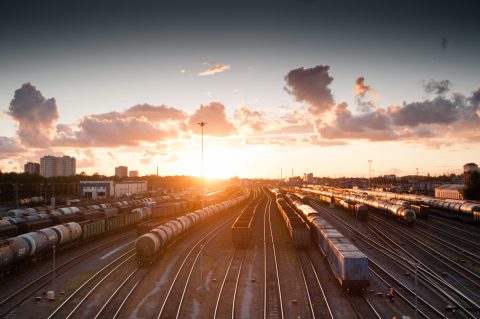 Despite the European Commission’s objective of shifting freight from road to rail, rail’s share of EU freight has actually declined slightly since 2011, according to a new report from the European Court of Auditors. Rail is more environmentally friendly and uses less imported oil, says the report. But it is failing to respond to the competition from road.

The auditors reviewed the performance of rail freight transport in the EU since 2000. They visited five Member States – the Czech Republic, Germany, Spain, France and Poland – between mid-2014 and mid-2015.

The EU budget contributed approximately €28 billion to funding rail projects between 2007 and 2013. But despite this and the priority given by the Commission to shifting freight from road to rail, EU rail freight transport has failed over the last 15 years to respond effectively to the competition presented by road, say the auditors. Its performance overall remains unsatisfactory.

The auditors found that shippers clearly prefer road over rail for transporting goods. Although some Member States (such as Austria, Germany and Sweden) have managed to achieve better results, rail freight’s average share at EU level has actually declined slightly since 2011. In addition, the average speed of freight trains in the EU is very low (only around 18 km/h on many international routes).

A single European railway area is still a long way from being achieved, say the auditors. The EU rail network by and large remains a system of separate national networks, with various national authorities and very different rules governing path allocation, management and pricing.

Traffic management procedures are not adapted to the needs of rail freight, even within rail freight corridors: freight trains are charged for every kilometre of rail infrastructure they use. This is not always the case for road transport.

“If the issues identified in our report are not addressed”, said Mr Ladislav Balko, the Member of the Court of Auditors responsible for the report, “then extra funding will not resolve the problem by itself. The Commission and the Member States need to help train and track managers improve rail freight’s reliability, frequency, flexibility, customer focus, transport time and price.”

The auditors recommend that the Commission and the Member States address the weaknesses observed in rail freight market liberalisation, traffic management procedures, administrative and technical constraints, monitoring and transparency of the performance of the rail freight sector and fair competition between different types of transport.

To make better use of EU funds, they also recommend that the Commission and the Member States match policy objectives more consistently to funding allocations and the selection, planning and management of projects and network maintenance.

Join the 5th UIC GRFC Conference on 22 and 23 June in Rotterdam (The Netherlands) to debate about this topic with all leading experts.