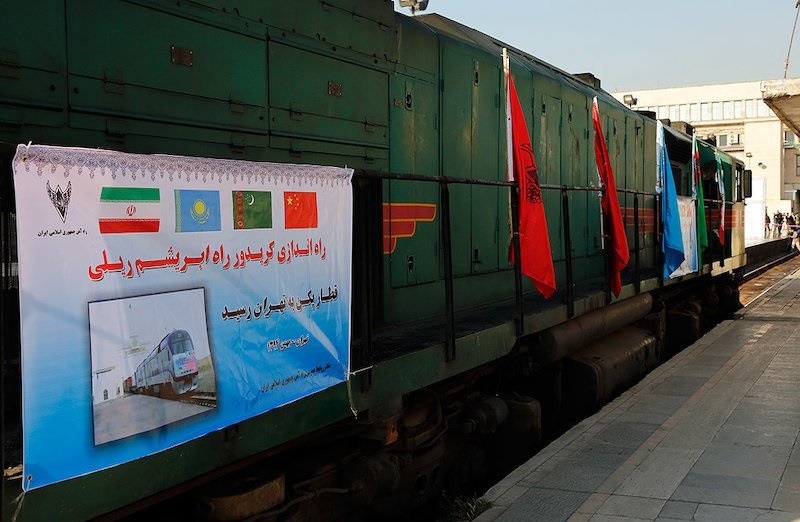 Through the path of the ancient Silk Road, the first freight train connecting China to Iran arrived in the Iranian capital after traveling over 10,000 kilometers. In a sign of China’s increasing role in Central Asia and the Middle East, on 16 February a Chinese train arrived in Tehran after a 14-day journey. The freight train just used existing rail links to go from China to Kazakhstan, then to Uzbekistan, then Turkmenistan, and thence to the Iranian capital, Tehran. It is a feat that had never been accomplished until then.

The trip from China to Iran has taken 14 days over 10,399 kilometers (about 6,500 miles), taking the cargo train through Central Asian countries of Kazakhstan and Turkmenistan. “The arrival of this train in less than 14 days is unprecedented,” said President of the Railways of the Islamic Republic of Iran (RAI), Dr. Mohsen Pour Seyed Aghaei. “The time spent by this train” to reach Tehran “has been 30 days shorter compared with the maritime route, which starts from China’s Shanghai port and ends in Iran’s Bandar Abbas” port city, Dr Pour Seyed Aghaei noted. He added, “This is an important step for the revival of the Silk Road and the train has travelled 700 km per day, saving 30 days compared to normal time that takes to go this distance.”
About a third of Iran’s trade is with China, and the two countries have plans to integrate their economies further.

In the medieval period, the Silk Road was an overland route plied by merchants and pack animals, and which even then linked European markets for light luxury goods such as silk with Chinese markets. The first New Silk Road train, which has been launched in an effort to revive the ancient road, carried 32 containers of commercial products originating from China’s eastern province of Zhejiang. 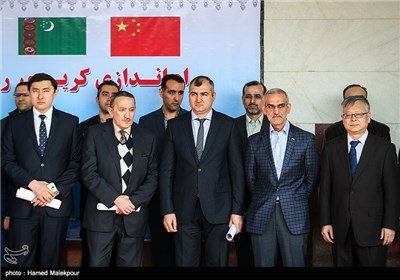 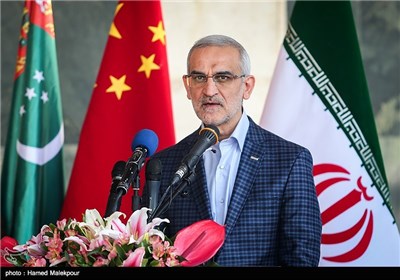 The ceremony was held to welcome the train at Tehran railroad station on Monday 15 February by the presence of RAI President, by ambassadors of China, Kazakhstan, and Turkmenistan in Iran.

RAI President, who is also Vice Minister for Roads and Urban Development, said the train’s route will not end in Tehran and will continue to Europe. “After the inauguration of the freight railroad from China to Europe, more goods will be transited through Iran to European countries and this will increase the Islamic Republic’s transit revenue,” he added.

Chinese President Xi Jinping is promoting a policy he calls “One Belt, one Road,” aimed at improving trade and transportation infrastructure between China and its western neighbours. Beijing has launched the Asian Infrastructure Investment Bank (AIIB) with USD 100 billion in capital and the New Silk Road Fund with a capital of USD 40 billion to finance major infrastructure projects in the region, including those pertaining to the development of the New Silk Road.

Iran is strategically-located in the Middle East, sharing land borders with seven nations, and sea channels on its northern and southwestern parts. China sees Iran as a country that can play a crucial role in New Silk Road initiative given its access to extensive delivery routes connecting to the Middle East and Eurasia. Tehran has already pledged to support the New Silk Road initiative with an investment of USD 6 billion for the next six years, the Chinese media have reported.

Discuss more on the topic of the cooperation between Asia and the Middle-East with the speakers and delegates of the 5th UIC Global Rail Freight Conference. Hossein Ashoori, Vice President for Operation and International Transport of Iranian Railways (RAI), will be present as a speaker during Session 1 of the conference, on Wednesday 22 June.